Perzan Irani knows how difficult antidepressant withdrawal can be. When he lost his job, in 2008, he started to feel anxious. As the weeks went by, his symptoms got worse, so his doctor put him on an antidepressant. Paxil (paroxetine) is an antidepressant that belongs to group of drugs called selective serotonin reuptake inhibitors (SSRIs). Paroxetine affects chemicals in the brain that may be unbalanced in people with depression, anxiety, or other disorders. Paxil is used to treat depression, including major depressive disorder. Read the full article here: my-antidepressant-info The medication helped and he found a new career. Now that his life was stable, he thought he could stop taking his medication. The process of tapering off antidepressants, however, proved to be much more difficult than he ever imagined. He discovered he was not alone in this painful journey. His story of getting off the drugs and creating his own line of supplements to support people in antidepressant withdrawal is inspiring. His product, CleanVive, is helping people all over the world! Listen to our rich conversation:

Listen on iTunes or Listen to/download this episode here:

This episode is sponsored by: 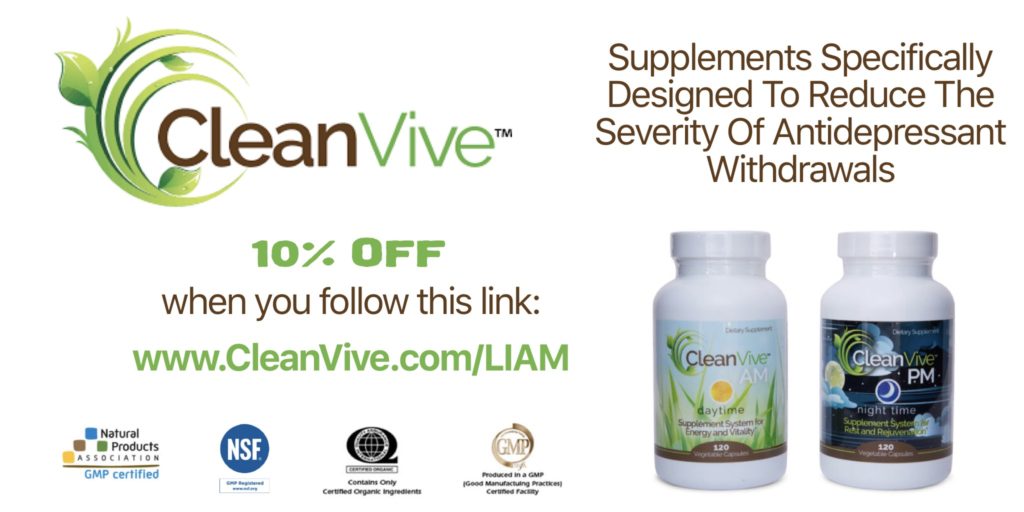 Please support our sponsor by visiting their site and learning more about them!

Want to sponsor episodes of the LIAM podcast? Click here.

Mentioned in this show:

Please connect with us!

Please follow and engage with us on social sites!